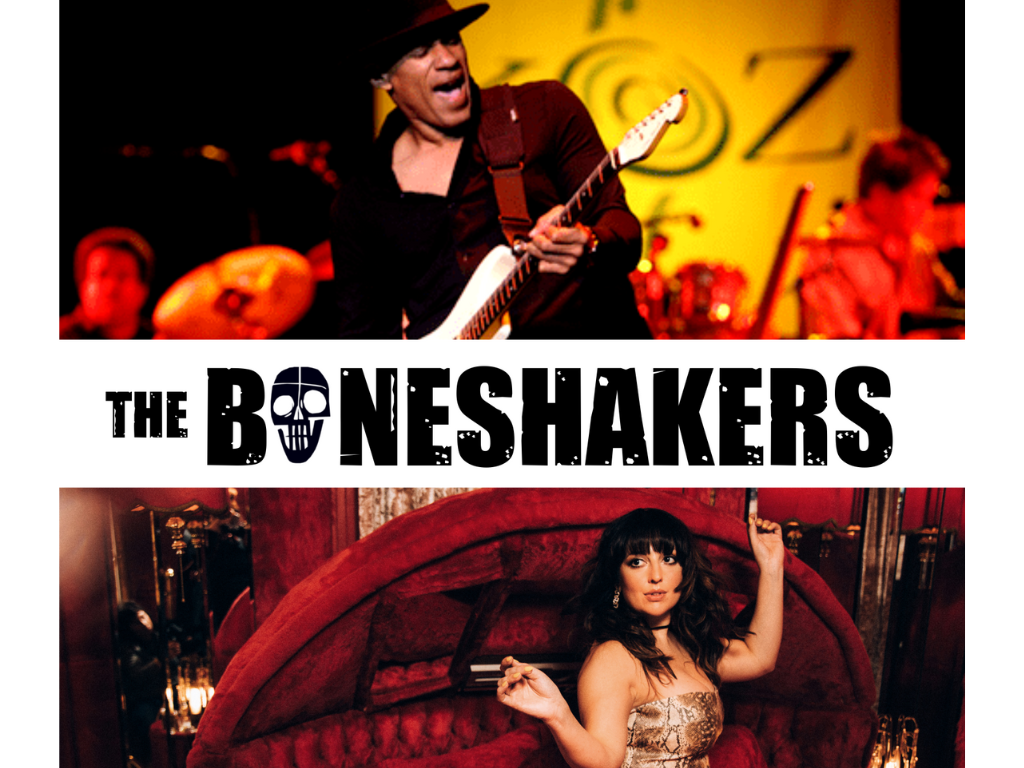 £16.50 Adv / £19 Door
No holds barred funk, blues, and rock that marries the sounds and spirits of Detroit Rock City, Memphis, and Mussel Shoals. In the remarkable 25 year career of The Boneshakers, the iconic band has always been lead by world-renowned guitarist Randy Jacobs of Was (Not Was). The band and members have toured and recorded with Bonnie Raitt, BB King, Keb Mo, Aretha Franklin, Elton John, Bootsy Collins, Tears 4 Fears, Bob Dylan, Stevie Wonder, Gov’t Mule, and Iggy Pop…just to name a few. They have built a substantial following among blues, jazz, and funk audiences with their powerhouse style.
The Boneshakers 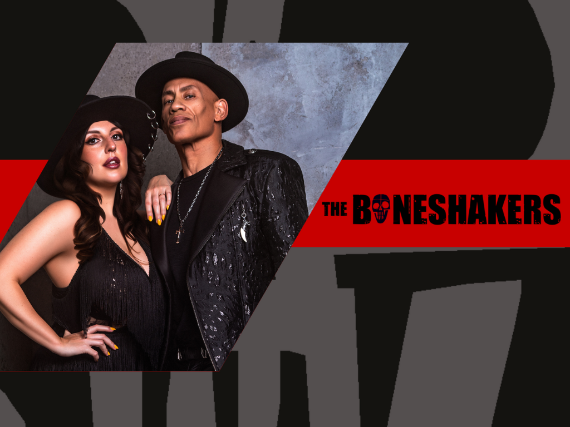 STORIED CAREER Flashback to 1980 — During his maiden session for Don and David Was, Randy Jacobs meets Sweetpea Atkinson on a cold night in the Motor City at Sound Suite Studio (the recording home of the fledgling band Was (Not Was). The connection was immediate and a bond was forged between the two artists. Their combined talents would help Was (Not Was) become a successful act during the 80’s and into the early 90’s cumulating with the worldwide hit “Walk The Dinosaur” co-written by Jacobs.

After their European tour with Dire Straits in 1992, the Was Band went on hiatus and Randy started playing and recording with the likes of Bonnie Raitt, BB King, Seal, Paula Abdul, Kris Kristofferson, Ofra Haza, Tears For Fears, Warren Hill and others. Sweetpea was in Los Angeles adding background vocals to artists like Neil Diamond, Bonnie Raitt, Keb Mo, and Bob Segar.

When Atkinson heard the Jacobs was putting together a new project, he jumped at the chance to be a part of it.

It was Bonnie Raitt who inadvertently gave them their name “Boneshakers” while they were working on her “Longing In Our Hearts” CD. In 1996, the two were signed to Pointblank/Virgin Records and produced two CDs for the label: “Book Of Spells” (1997) which included Randy’s rockin' swing arrangement of James Brown’s “Cold Sweat” and the powerful “Shake The Planet” (1998).

When Sweetpea stepped away to tour with Lyle Lovett, The Boneshakers released "Pouring Gasoline" (2001) on Bad Monkey Recordings label featuring Austin, Texas singer Malford Milligan (Storyville, Double Trouble) and the live in concert “Put Some Booty On It, Vol 1” (2002).

While working together on a session for former band mate producer Don Was, fate stepped in to reunite and bring Sweetpea back to the Boneshakers. They released “Put Some Booty On It , Vol 2″(2006) featuring their first live performance in San Francisco from 1997.

In 2017, Sweetpea released his solo CD produced by Keb Mo. Additionally, the band joined forces with sax queen Mindi Abair and released Live in Seattle on Concord Records. Two more albums were credited to Mindi Abair and the Boneshakers: The EastWest Sessions (2017) and All I Got for Christmas Is the Blues (2018). In 2020, the band suffered an unimaginable loss with news of the passing of Sweetpea.

THE LEGACY CONTINUES Now in 2022, as The Boneshakers celebrate the 25th anniversary of their first release, a new energy and excitement has emerged.

Producer John Wooler, who originally signed The Boneshakers in 1997, connected Randy and the incredible Jenny Langer- a powerhouse singer who was inducted into the Blues Hall of Fame (NYC and VA) at the age of 28 and won the 2020 Int’l Blues Challenge for Best SelfProduced Album. What started as a few tracks for her project quickly morphed in a new album with The Boneshakers featuring no-holds-barred funk, blues, and rock that marries the sounds and spirits of Detroit Rock City, Memphis, and Mussel Shoals.

Produced by Wooler, it is back to the original vision of The Boneshakers’ fiery sound, with the vocal dynamo Jenny Langer behind the mic and original musicians from “The Book Of Spells” Sergio Gonzales (Drums), Nathan Brown (Bass), Jon Gilutin (Keys), The Texacali Horns (Joe Sublett, Mark Pender, and Randy’s former band mate from Was (Not Was) Sir Harry Bowens on vocals.

The album drops in September 2022 and will see the band touring internationally to promote the return of The Boneshakers.
you may also like 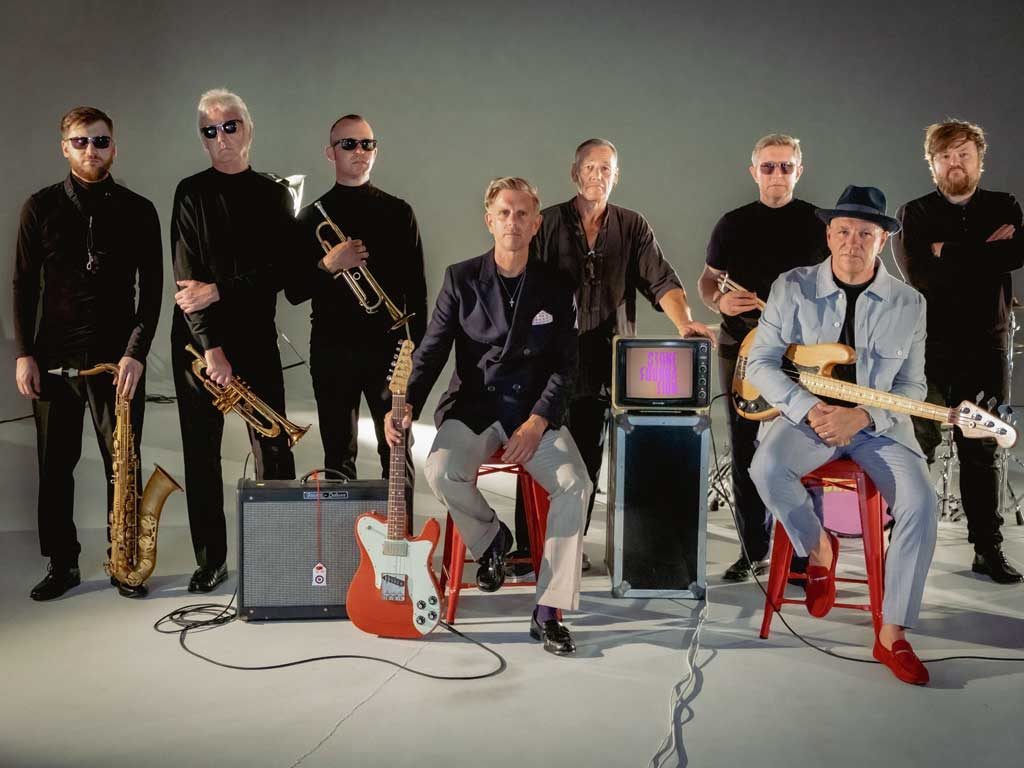 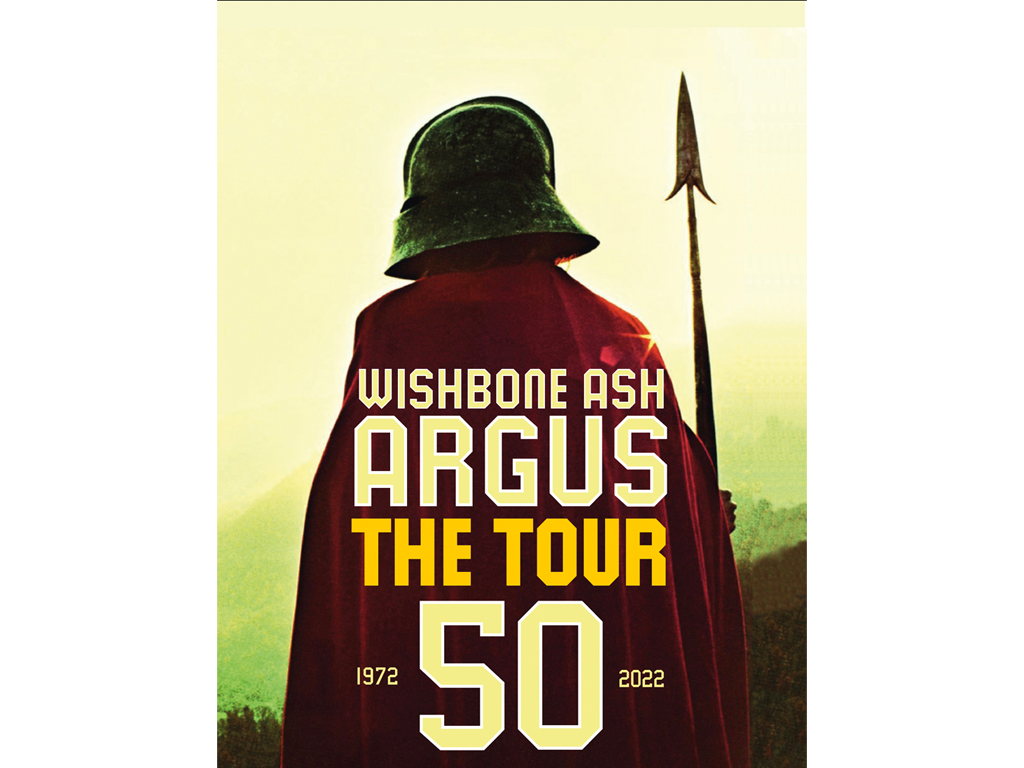