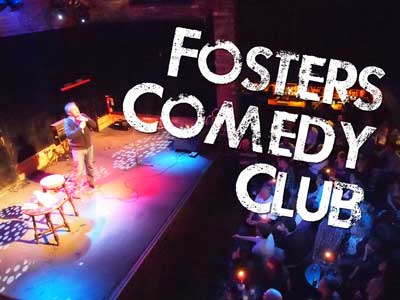 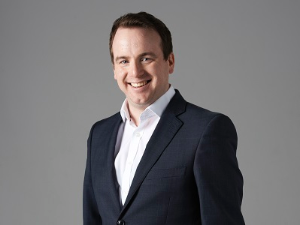 “Forde is a first-class comic”  The Guardian

“ ...the best political comedy show on the Fringe”.  The Telegraph

Find the funny side of the worldwide shitstorm with the UK's leading political comedian and star of Dave's Unspun.

Matt Forde is one of the country’s most in-demand satirists, and most recently launched his own political comedy show, Unspun with Matt Forde on DAVE. Matt was joined each week by MP4, a rock band made up of actual politicians, with the show recorded the day before broadcast in front of a live studio audience featuring up-to-the-minute topical material on that week’s current affairs, comedian correspondents from around the world, and weekly interviews with leading political figures.

Matt has also appeared on The Royal Variety Performance 2015, Have I Got News For You (BBC One), Rory Bremner’s Coalition and Election Reports (both BBC Two), Mock the Week (BBC2 Two), 8 out of 10 Cats (Channel 4), Celebrity 15-to-1 (Channel 4), Celebrity Pointless (BBC1), Question Time(BBC One), This Week (BBC One) and Russell Howard’s Good News (BBC Three). In 2014 he starred alongside Jon Richardson in Channel 4’s Jon Richardson Grows Up.

Following nationwide tours of his previous two shows, 24-Hour Political Party People and Get the Political Party Started, Matt returned to the Edinburgh Fringe in 2016 with his new show, It’s My Political Party (and I’ll Cry if I Want To) which covered the fallout of the Brexit Referendum. Matt once again sold out the prestigious Cabaret Bar with his latest show before taking it to London’s Soho Theatre ahead of his latest nationawide tour.

Matt’s monthly residency in London, The Political Party, sells-out Westminster’s St James’ Theatre months in advance. Alongside Matt’s trademark topical current affairs stand-up, the show brings Parliament to life as he interviews some of politics’ most notorious figures. Past guests have included Tony Blair, Alastair Campbell, Nigel Farage, Nick Clegg, Michael Portillo, Dame Tessa Jowell, Ed Balls, John Prescott, Alan Johnson, David Davis, Stella Creasy, Jack Straw and George Galloway. The show is also released as a podcast which has amassed over 100,000 downloads on Soundcloud, hit the top spot of the iTunes comedy chart, was picked as the Daily Telegraph’s podcast of the week, and was nominated for the Internet Award in the 2015 Chortle Awards.

He subsequently launched a spin-off radio show The Sports Party for talkSPORT which interviewed sporting figures alongside celebrity fans, with guests including Jimmy Bullard, Eric Hall, Dave Bassett, Jon Richardson and Romesh Ranganathan. In 2016 Matt also hosted a weekly radio show with Jon Richardson on talkSPORT; The Warm Up, which took a lighthearted look at the weekends football fixtures each Saturday from 11am-1pm. Matt has also been heard on the radio on The Now Show and The News Quiz (both on BBC Radio 4). Matt regularly reviews the newspapers for Sky News and has contributed to features on ITV’s evening news. 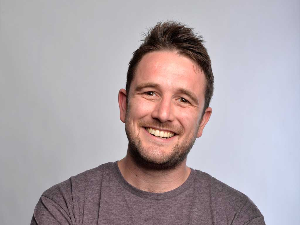 ​“Loveridge brought out some of the shock and awe – all with a smile on his face, too”  ★★★★★ Public Review

“James is an animated story teller; an entertainer. His jokes and asides are self-deprecating and sharp, and delivered in such a manner that makes it difficult not to laugh along.” ★★★★ EdFringe Review

“He had the rest of us in stitches throughout a polished yet ever-evolving act, with asides and quips just as strong his actual jokes” ★★★★ The Skinny

“Undoubtedly the best free show that I have seen at the Fringe.” ★★★★★ BroadwayBaby.com

Despite the world being on the brink of collapse, it’s fair to say James is the happiest he's ever been. He's just got engaged, his relationship with his cat has improved (subject to change), now all he has to do is not f*ck it up! 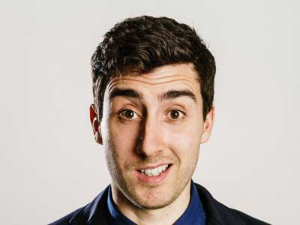 Steve has a bag for life, he remembers it every single time. That's not even his best chat up line and only the third coolest thing about him. BBC New Comedy Award winner, as seen on Russell  Howard’s Stand Up Central (Comedy Central), Dog Ate My Homework (CBBC) and BBC 3’s Top Tens and heard on BBC Radio 4 and BBC Radio 4 Extra.

“A polished hour of plentiful jokes and compelling storytelling” (Scotsman).

“Puts gags front and centre of a compelling narrative” (Chortle.co.uk).

“You'll like this new stand-up, an out and proud nerd” (Independent).